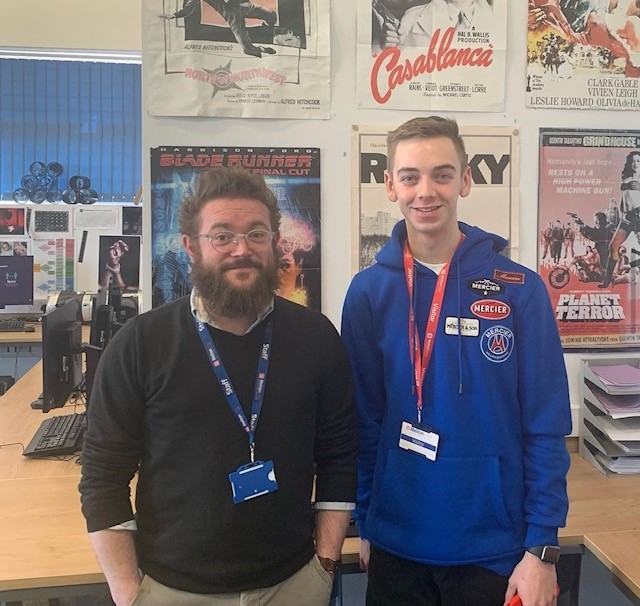 Manchester to Melton for MV Alumnus George who came back from The University of Salford to speak to some of our students who are interested in Journalism & Sports Journalism today! George left MV last summer and headed off to study Broadcast Journalism at the MediaCity campus! George also presents radio shows in London, Manchester, Birmingham and Northamptonshire as well as being a regular reporter for The Melton Times. In October, George began working at ITV in MediaCity as a production runner on The Voice UK & The Voice Kids and has since spent time working at Elstree Studios in London. George answered questions today on Law & Ethics including defamation/libel and explained the role of regulatory bodies like OFCOM & IPSO. We hope George will join us again for our event July 1st!

View the calendar in full